No products in the cart.

With kids learning from home as schools globally shutter to try to slow the spread of COVID-19, some students began looking for guidance to cope with the unknown.

They called Dwayne Bryant, their mentor, teacher and coach.

“They were like, ‘Mr. Bryant, what are we going to do? We need your voice right now, these kids need your voice. Why haven’t you posted anything?” recalled Bryant, a Delray Beach resident who is founder and president of Chicago-based Inner Vision International, Inc. “I was like, ‘Dude, I don’t know what to do,’ and he was like, ‘Wait, we don’t have time to worry about that now. You need to put some stuff up.’”

Bryant called another mentee, who had the same concern. The young man, a student in film and video with a concentration in production at Chicago’s Columbia College, offered to put his expertise to use.

In less than two weeks, the duo converted Bryant’s home into small studios and created several powerful and highly engaging digital learning content and workshops. They focused on goal setting, time management, conflict resolution and bullying, joining the field of schools in the scramble to move teaching and learning online.

Bryant has leveraged the relationship between teacher and learner. His programs are interactive, allowing the parent or teacher to play the content, pause and have a conversation with the student.

The programs are built on his evidence-based Social Emotional Learning curriculum series that has served as a national model in transforming the life trajectory of urban youth.

Blondean Y. Davis, superintendent of Matteson (Illinois) School District 162 since 2002, said she called on Bryant when she “needed a highly engaging message of hope and life skills to permeate the homes of” her families in the midst of the coronavirus pandemic.

“Mr. Bryant was able to readjust with our district to create highly engaging content for our families to continue to focus on being successful individuals as well as productive citizens,” Davis said. “I believe this content would positively impact families across the entire nation.”

His impact is also local.

“I can’t stop thinking about our session especially the team building component. I noticed a shift in my staff during that activity and afterwards,” Principal, LaToya Dixon of Village Academy wrote after he did a ‘Building the Winning Team’ workshop for her teachers last year.

Bryant, a former bully, uses his personal experience and bases his lessons on life trials and triumphs with which the students can identify. They have and will continue to inspire thousands of students in having the mental strength to overcome adversity and fear, especially through this pandemic.

Some of Bryant’s students have lost loved ones to the coronavirus and are seeking answers.

“They’re going to have birthdays and no one will be showing up, and momma will not be going to the store to get cupcakes. So, they’re going to have to deal with the new reality,” he added. “A lot of the students don’t have the coping skills to get through this productively.”

He is dubbed “The Child Whisperer” and the “Urban Mr. Rogers” for his uncanny ability to reach parents and students at all levels.

He helps to navigate the uncomfortable paths of life, which will be critical for parents and students as they address their social and emotional needs during this pandemic.

“We know that our children and parents are home so what we’re trying to do is bring life skills and character development into the homes while they’re both there,” said Bryant whose presentations are often laced with encouragement, inspiration and a challenge to the young people to take control of their lives and deal with difficult situations. “We also know, according to the CDC, that the average parents spend less than 10 minutes a day talking to their children. They don’t know how to have a conversation with them. And so what we’re doing is developing a constructive dialogue for them.”

Since leaving his six-figure job with Johnson & Johnson in 1997, he has been crisscrossing the country empowering inner city youth.

He made three guest appearances on the Oprah Winfrey Show and served as the TV host of “Know Your Heritage,” a weekly multi-cultural quiz show, in Chicago, which ran for two consecutive years.

Bryant has officiated several newsworthy events including serving as master of ceremonies for President Obama’s Library Unity Breakfast in Chicago, speaker at Claflin University’s Spring Convocation and at his alma mater.

“Serving as the master of ceremony, Dwayne Bryant brought his vibrant, energetic, motivational talents to our Community Leaders Summit, helping us to bring together top leaders in our community to map out FIU’s future, including our capital campaign and strategic plan,” Mark Rosenberg, president of FIU wrote. “We’re proud to count him as one of our Worlds Ahead alumni!”

Bryant’s life models his teachings and he has been on a pursuit to make this world a better place for more than two decades. From the classroom to the boardroom, the Winter Park, Florida, native is the living embodiment of making it against all odds.

Despite growing up in a single-parent home, Bryant viewed his situation as an opportunity to overcome his environment and use his challenges as a platform to inspire others.

Motivational speaker and author Dwayne Bryant shares in his book, The STOP.

The STOP is an acronym for support teaching of principals. With everything going on right now, this book sums up various situations eloquently and how to survive the stop.

The 2018 EBONY Power 100 gala took place last night, Nov. 30, at the beautiful Beverly Hilton Hotel in Los Angeles. The list, which the storied brand introduced to the masses in 1971, was created to celebrate the achievements of influential Black leaders within a variety of fields. The STOP author Dwayne Bryant was honored with an award during the star-studded affair sponsored by Nationwide Insurance, United Airlines, Lexus, Motown and Tanqueray.

Dwayne visited with Theresa Dear on the Let’s Get to Work Show. Hear the interview below:

How to fight gun violence in Chicago – that’s the question everyone wants answered.

Last weekend, there were 74 victims of gun violence in Chicago; including 12 fatalities.

Chicago Police Superintendent Eddie Johnson announced Tuesday he’s deploying an additional 430 officers during the week, and another 600 officers during weekends. On top of that, Johnson said he’s cancelling days off for some units, including tactical and gang teams in higher-crime districts.

“I think that’s too much, too late,” said Tamar Manasseh, founder and president of Mothers Against Senseless Killings. “The problem is that the police have all the resources and the community doesn’t.”

Manasseh’s organization, established in 2015, sets up safe places in Englewood, Hyde Park and Lawndale for community members to “simply hang out on the block, cook food.”

In addition to giving more resources to community organizations like Manasseh’s, there needs to be more employment opportunities and schools for South and West Side youth, she said.

“A lot of these kids are … really depressed and have high anxiety, and that also makes them more vulnerable to engaging with violence-related behaviors,” he said.

Williams works in the school’s Center for Inner City Studies, where he conducts “cultural intervention” sessions with a group of young men from the city’s West Side.

“Cultural intervention is essentially working with them to redirect their issues of black male identity,” he said. “Helping them to get a better understanding of themselves and their roles in society.”

Williams, Manasseh and Dwayne Bryant, author of “The Stop: Improving Police and Community Relations,” join us in conversation.

Dwayne Bryant appears on WTTW for a Q&A session to discuss The STOP book, workbook and more.

Dwayne joins the Class in Session show, which airs on WDBZ, Soul10.5FM in Cincinnati. 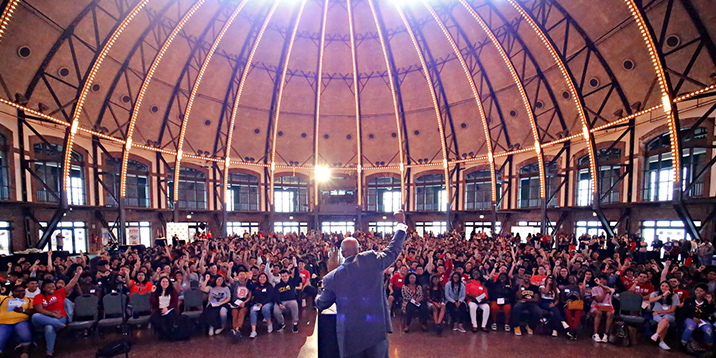 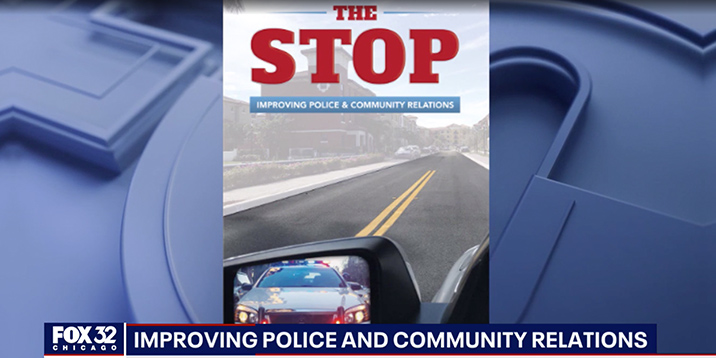 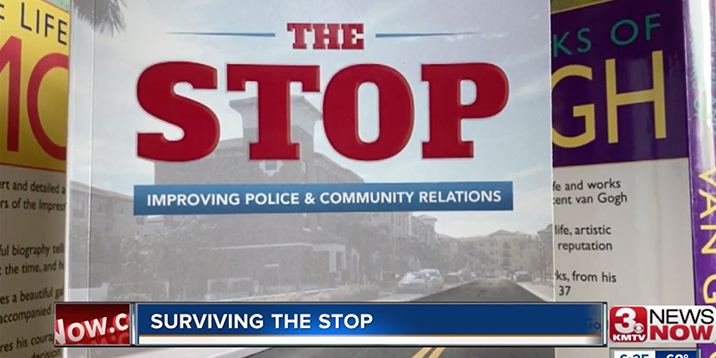 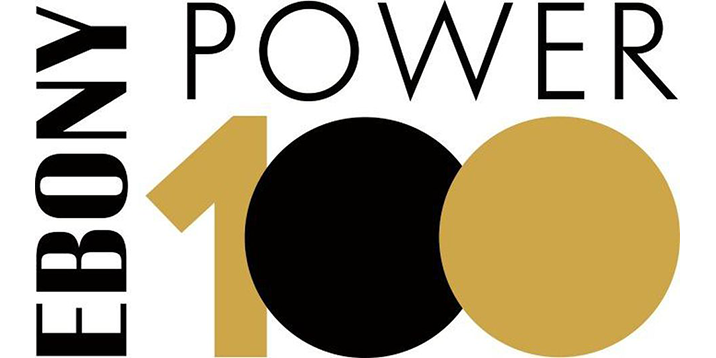 Keep up to date on releases and events!